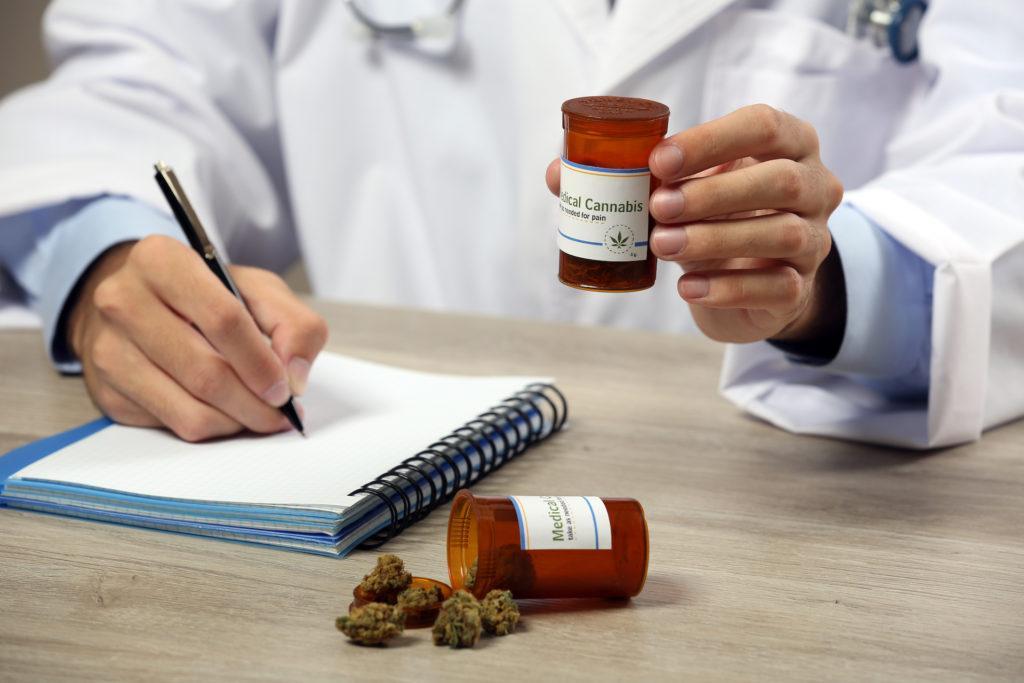 What is Medical Marijuana?

Humans have cultivated the cannabis plant, also known as marijuana, for thousands of years. Evidence indicates that it was used for medical purposes for centuries prior to the early 1900s. While many people may have strong opinions about marijuana, patients dealing with various conditions have found significant relief through the use of medical cannabis. Medical marijuana preparations are made from the dried leaves of the cannabis sativa and cannabis indica plants.

Just as attitudes toward medical cannabis have undergone distinct shifts in the past decades, laws are changing as well. While some countries like Canada have implemented cannabis legalization for both medical and recreational purposes, a growing number of U.S. states have done the same. However, the federal government still considers most cannabis products illegal (with a limited exception for some CDB-only treatments). The Food and Drug Administration (FDA) has not yet approved cannabis as a treatment for any health conditions, although it has approved some related compounds.

The cannabis plant contains several biologically active substances that can be found in leaves, flowers, buds and extracts. These extracts are used to produce cannabis products like oils and concentrates. There are a number of symptoms that medical marijuana can help to treat, including nausea, pain or reduced appetite; it has been used successfully by people with conditions including HIV/AIDS, cancer, epilepsy, chronic pain, severe nausea and multiple sclerosis. A growing number of people have also explored the use of medical marijuana to treat various conditions.

There are two major biologically active substances in cannabis: delta-9-tetrahydrocannabinol (THC) and cannabidiol (CBD). While THC is the substance in cannabis that can induce a “high” or affect how a person thinks or feels, CBD does not have psychoactive effects, but it can help to reduce pain.

What Are the Different Strains of Medical Cannabis?

Because cannabis is a plant product, there are many different strains available. Each one has a specific ratio of THC to CBD, and the effects that come from its use can vary. People are more likely to experience changes in coordination and decision making when using strains that are higher in THC.

In addition to the various strains available, there are many different ways to consume medical cannabis. The most traditional method is smoking leaves inside rolled paper, but people can also benefit from medical cannabis from inhaling a vaporized spray, taking a liquid or synthetic pill, using an oil or concentrate or consuming edible products with cannabis baked inside.

How Does Medical Cannabis Ease Symptoms?

Scientists are studying exactly how the endocannabinoid system works. Some biological functions that appear to be related to this system include signals for pain, immune function, neuroprotection, inflammation and nausea. A number of clinical trials have been conducted to study medical cannabis and the vast majority – 68% – found beneficial effects. However, scientists do not yet fully understand how cannabis interacts with the human brain and body to relieve symptoms.

What Are the Proven Effects of Medical Marijuana?

Depending on your state, medical marijuana may be legalized for the treatment of specific conditions. In many cases, these are the use cases that are most broadly supported by the medical literature. The clearest examples of cannabis effectiveness include:

However, people are using medical cannabis to treat a range of conditions, even though research is still ongoing to show its beneficial effects. These include:

What Are the Risks of Medical Marijuana?

Cannabis can interact with other drugs, including those that induce sleep or also affect your mood, such as anxiety drugs, antidepressants, sedatives and some opioids. People who are taking blood pressure medication or blood thinners should consult with their health care providers about potential effects from cannabis.

As with other psychoactive medications, you should avoid driving or operating heavy machinery when using cannabis, particularly THC-containing cannabis products. Marijuana can affect your concentration, coordination or judgment behind the wheel, and it is illegal to drive while under the influence of cannabis, even if it is medically prescribed.

Like any medicine, cannabis can have different side effects. Some of the more common effects include dry mouth, red eyes, drowsiness, dizziness or anxiety and paranoia. If you experience anxiety when consuming cannabis, your health care provider may advise alternatives. In addition, if you smoke marijuana, the smoke itself could cause lung damage, coughing or bronchitis.

Pregnant and breastfeeding women should consult with a health professional about the responsible use of medical cannabis.

Cannabis is not physically addictive like some substances, such as opiates, benzodiazepines or alcohol. People who stop using cannabis will not experience physical symptoms of withdrawal. However, like other psychoactive substances, people can develop psychological dependencies if they use marijuana to get high.

People may have a cannabis use disorder if they continue to use marijuana even though it is having a detrimental effect on their lives. They may experience cravings or have difficulty sleeping if they do not use marijuana. In most cases, people who develop a dependency on cannabis may be more likely to have other mental health or substance addictions.

How Can People Improve Their Cannabis Safety?

There are a number of ways that people can make their use of medical cannabis safer. In the first place, they can make sure that they avoid driving while under the influence. In addition, using cannabis alongside alcohol or recreational psychoactive substances can increase your level of impairment and, therefore, your risk. People can also choose non-smoking methods of cannabis consumption to avoid potential negative effects on their lungs, including inhaled vapor, edibles or concentrates.

In addition, people can enhance their marijuana safety by learning more about the products that they use. The more that people know about the strains that they use and how THC and CBD affect their bodies, the better decisions that they can make about which options are best. In addition, it is important to store your cannabis products safely and out of the reach of children and pets, especially edibles, as they can be mistaken for sweet treats.

Why Don’t We Know More About Medical Marijuana?

Unfortunately, our scientific knowledge of medical marijuana has been limited due to political prejudice against the use of cannabis. Many scientists are investigating the potential uses of cannabis, and 60 peer-reviewed studies have already been published. There are hundreds of investigations that aim to learn more about the endocannabinoid system and its role in neuroprotection. As legalization and decriminalization become more common, we may see a significant increase in the number of clinical studies and, thus, scientific knowledge about medical cannabis.