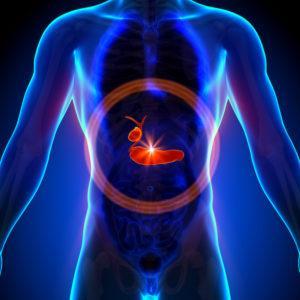 The pancreas and gallbladder are two abdominal organs that can have a major impact on health. While the pancreas is an endocrine gland that secretes hormones, it is also involved in secreting pancreatic enzymes to the digestive system. It is located at the rear of the abdomen, behind the stomach.

On the other hand, the gallbladder is located below the liver on the right side of the abdomen. The gallbladder stores the bile produced by the liver before it enters the intestines.

There are several common diseases of the pancreas and gallbladder that a gastroenterologist can diagnose and treat.

Pancreatitis is the inflammation of the pancreas. While the digestive enzymes produced by the pancreas help the human body to digest food, they usually only become active once they reach the small intestine. However, if the enzymes become active inside the pancreas instead, they can irritate and degrade the organ itself.

Acute pancreatitis can have several symptoms, including abdominal swelling and pain, fever, nausea and vomiting. A gastroenterologist can determine the cause; however, it is frequently caused by gallstones.

Gallstones are created by the hardening of bilious liquid inside the gallbladder into hard pieces of material like stones. There are two types of gallstones, cholesterol stones and pigment stones. These stones can block the normal flow of bile and cause inflammation in the gallbladder, pancreas or elsewhere in the body. Fever, jaundice and abdominal pain are symptoms of gallstones.

The most common form of treatment for gallstones is surgery to remove the gallbladder. On the other hand, if the gallstones do not cause symptoms, no treatment is usually necessary.